Andrew Rangell channels his inner child in a delightful recording of short pieces scaled for a child's attention span - but perfect for everyone. 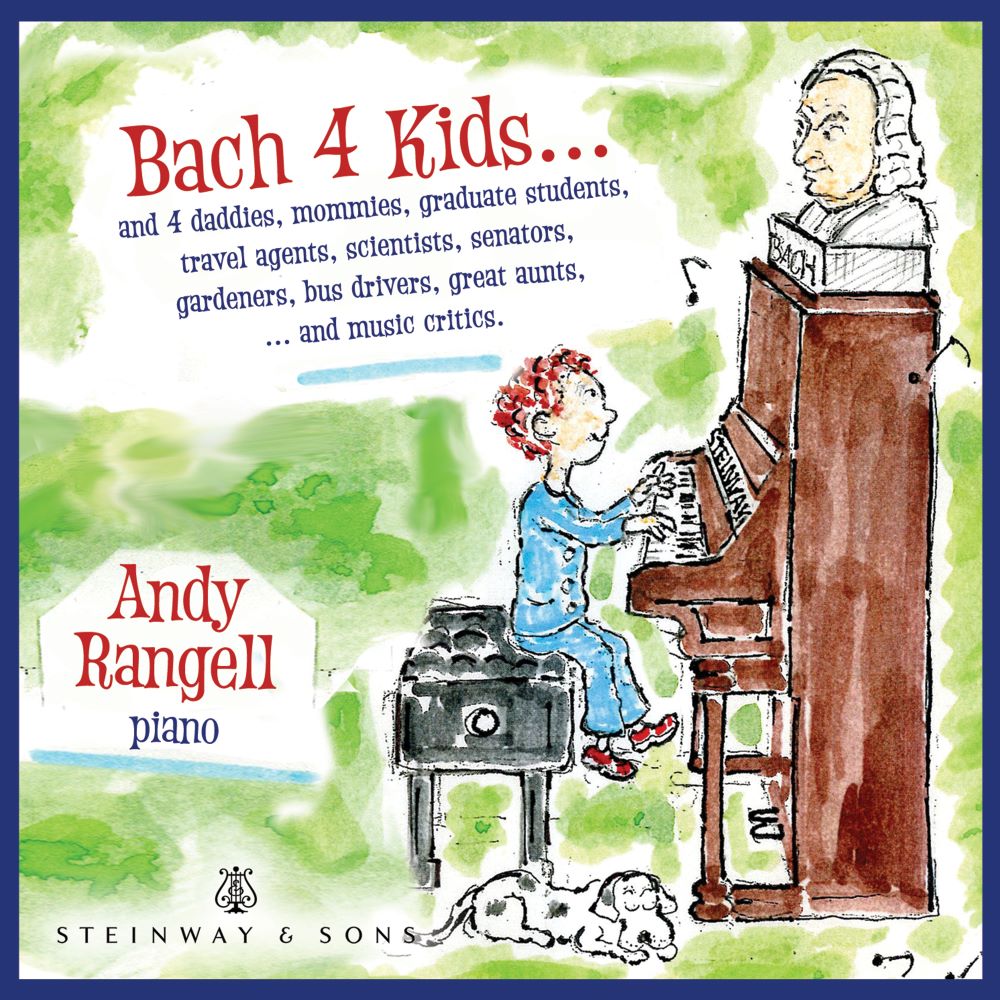 The album includes "Peter Pajamas", a companion video for children, illustrated and narrated by Rangell.

Steinway & Sons has released Bach 4 Kids (STNS 30111) from concert pianist Andrew Rangell, an album featuring 19 vivid and varied keyboard selections by Johann Sebastian Bach. Each short piece was specially selected for the attention span and educational benefit of younger classical music listeners, but the music ultimately provides lasting gratification to all, regardless of age or experience.

Around the age of 10, Rangell first heard recordings of Glenn Gould playing Bach, and from then on, he wished to explore the works of this great composer. Gradually, Rangell came to realize another consequence of the Bach/Gould musical relationship: a growing and pleasurable interest in Bach's use of polyphony and counterpoint, which worked in tandem to weave independent voices together to create a total, beautiful work. Soon, Rangell’s musical pursuits deepened and he began to notice that Beethoven, Brahms, even Chopin, all incorporated polyphonic elements into their own characteristic styles.

On this album, Rangell returns to the composer who sparked his youthful interest, performing selections from classics such as The Well-Tempered Clavier, the French Suite in G Major, and the Goldberg Variations—and likely inspiring the next generation of young musicians in the process.

“Rangell's deep affection for the music projects itself strongly.”

“Rangell has opened up whole dimensions in these works... Sublime is an overused word, but Rangell’s performance is nothing if not sublime.”

Bach's music (keyboard and otherwise) has anchored Andrew Rangell's musical life. His recording career began with an acclaimed interpretation of the Goldberg variations, F- sharp minor toccata, and the 2 Ricercares from The Musical Offering. Subsequent Bach recordings include the Six Partitas, the Six French Suites, the Well-Tempered Clavier, book 1, the Art of Fugue, and many smaller works. Recently Mr. Rangell has also, for future release, recorded the complete Inventions, Sinfonias, and English Suites. Bach 4 Kids has been selected from the above collections.