Regarded by international critics and audiences as an artist of extraordinary musicianship and rare sensibility and tracing his musical roots to Alfred Cortot, Artur Schnabel and Alexander Siloti, Gerardo Teissonnière brings to the concert stage an exciting amalgam of the diverse and important pianistic traditions he represents. 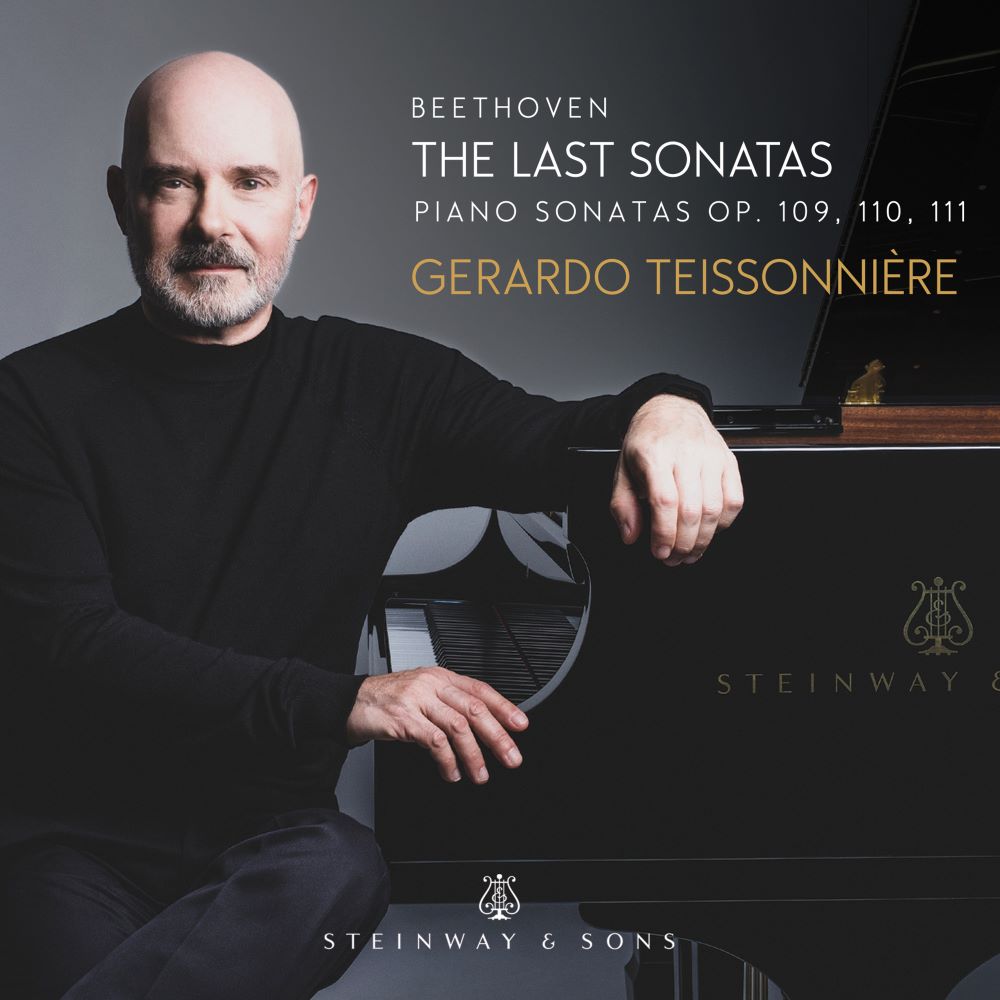 Transcendental, dramatic, melodic and stylistic elements are present in each of Beethoven’s final three piano sonatas, and Teissonnière delivers them and more, revealing lyrical, personal interpretations while maintaining faithfulness to the original sources and scores.

The album is available worldwide ON CD AND through all download and streaming services.

“Teissonnière sustained intensity, maintained clarity of texture, brought warmth and beauty to the lyrical passages and gave an impressive delivery of furiously syncopated ones.”

“Elegance, refinement, and technical perfection are the hallmarks of performances of Beethoven’s final three piano sonatas by Gerardo Teisonnière on a new Steinway & Sons CD. Teisonnière’s readings show remarkable understanding of the individuality of these masterpieces, while at the same time indicating his knowledge of where they fit into Beethoven’s creative life and into the sonata literature in general...a very effective exploration of these three remarkable works.”

“A sense of rage begins the Sonata No. 32 in C Minor. Here, Teissonnière exploits his own bravura capacity for motor power and its inverse, the sudden impulse to subito and halt the motion with lyrical, musing figurations. The explosive momentum easily recalls equally potent moments from Clara Haskil and Arturo Benedetti Michelangeli.”

“Teissonnière encourages listeners to stop over-analyzing and simply enjoy the genius of Beethoven’s music, which he has brilliantly unscrambled and plays with a self-possessed flair.”

“The Beethoven sonata market is, of course, crowded, and even more so around the 250th anniversary of the composer's birth. However, this magisterial release has no problem standing out. Teissonnière was a student once removed of both Artur Schnabel and Alfred Cortot, and his readings of Beethoven's three transcendent final sonatas evoke those players in the sense of the sustained ecstasy Teissonnière brings to the music.”

“These are mature, seasoned accounts of all three sonatas which are refreshingly free of point making for the sake of being seen to be making a point. Teisonnière's unflappable calmness is of a piece with his approach to all three sonatas. His account of the Op 111 finale may not be as transcendent as some but it has a welcome breadth and its less otherworldly manner brings warmer consolations. The way the end of the first movement vanishes into the heavens to usher in the second is beautifully done.”

“Gerardo Teissonnière brings a unique interpretation of the Late Sonatas which commands our attention...Each listener will cherish this interpretation in their own way, and all will find within its dimensions something of beauty and value.”

Regarded by international critics and audiences as an artist of extraordinary musicianship and rare sensibility since his American solo recital debut at the National Gallery of Art in Washington, D.C., pianist Gerardo Teissonnière brings to the concert stage an exciting amalgam of the diverse and important musical traditions he represents. From the Aspen Music Festival in Colorado and Lincoln Center in New York to concert halls in Asia, Europe, North and Latin America, Mr. Teissonnière has appeared in recital and as soloist with orchestra, in duo-piano and chamber music performances, and in radio and television broadcasts throughout the world. 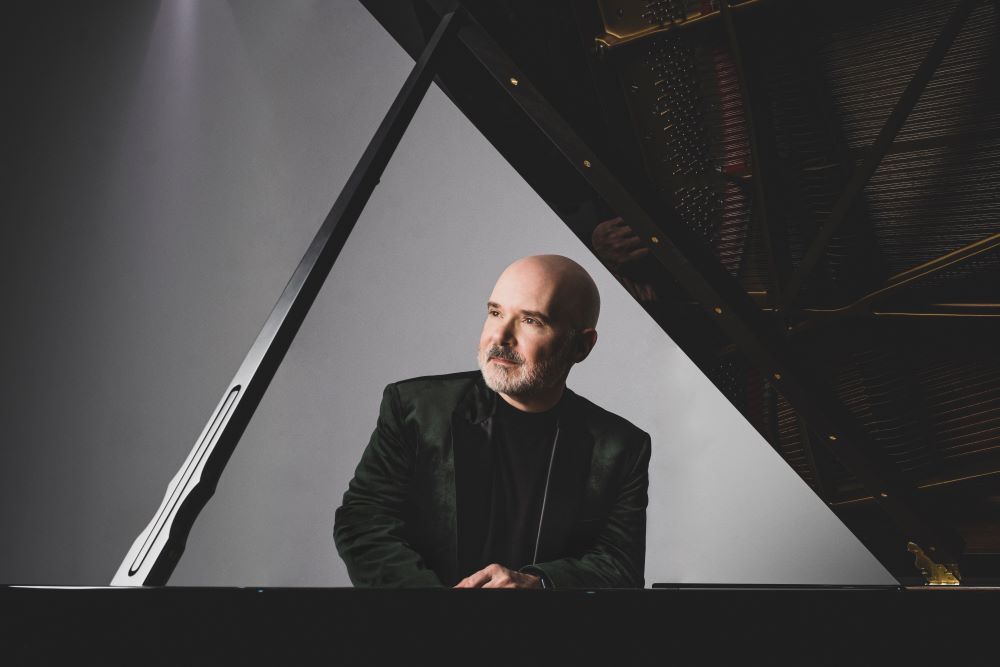 Concert season highlights include his solo recital debuts in Munich and Vienna, as well as solo and chamber music performances in Italy, in the United States with members of The Cleveland Orchestra, an appearance at the Teatro Nacional de Costa Rica, a performance for an audience of twenty thousand and a solo recital at the Diayucheng International Music Festival in Chongqing, China, his solo recital and concerto debuts in Beijing, and all-Chopin concerts in Poland. In 2019 Mr. Teissonnière began performing all of Beethoven’s works for piano and orchestra, and presented a series of solo recitals featuring works by and dedicated to the composer’s 250th anniversary in December of 2020. Upcoming season highlights include return engagements in Austria (Barocksaal in Vienna), Germany, and Italy, and his Paris solo recital debut in October of 2022 featuring the music of Beethoven, Chopin, and Debussy. 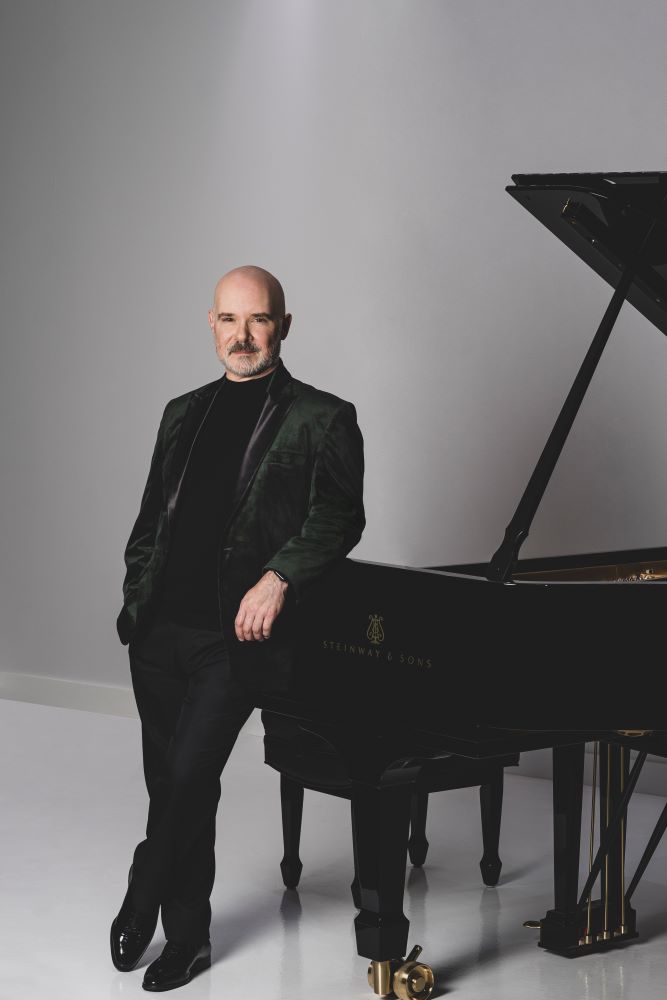 During the worldwide Schubert Bicentennial celebrations, Mr. Teissonnière presented a series of critically acclaimed solo recitals dedicated to the works of the Viennese composer. While highly regarded since for his interpretations of the Classical repertoire, he has presented local, American, and world première performances of music by twentieth century and contemporary composers such as Pablo Casals, Aaron Copland, Claude Debussy, Alberto Ginastera, Osvaldo Golijov, Lowell Liebermann, Darius Milhaud, and Arvo Pärt.

Gerardo Teissonnière is the recipient of the Alumni Achievement Award from the Cleveland Institute of Music, the Judson Smart Living Award in Education, and multiple nominations for the Ohio Arts Council’s Governor’s Award for the Arts.

Mr. Teissonnière began his musical training at an early age in Puerto Rico. Conservatory studies followed with Jesús Maria Sanromá, and at the Cleveland Institute of Music with Steinway Immortal Vitya Vronsky Babin, both disciples of Artur Schnabel and Alfred Cortot. At the Aspen Music Festival he worked with Jeaneane Dowis and Samuel Lipman and in Europe with Dmitri Bashkirov. An exclusive Steinway Artist, Mr. Teissonnière is on the Artist Roster of the Si-Yo Music Society Foundation in New York.