Ute Lemper's creation Forever is a song cycle to the love poems of Pablo Neruda.  It is a fantastic celebration of these especially sensual poems by the Chilean Nobel Prize winner and recognized master of the form. 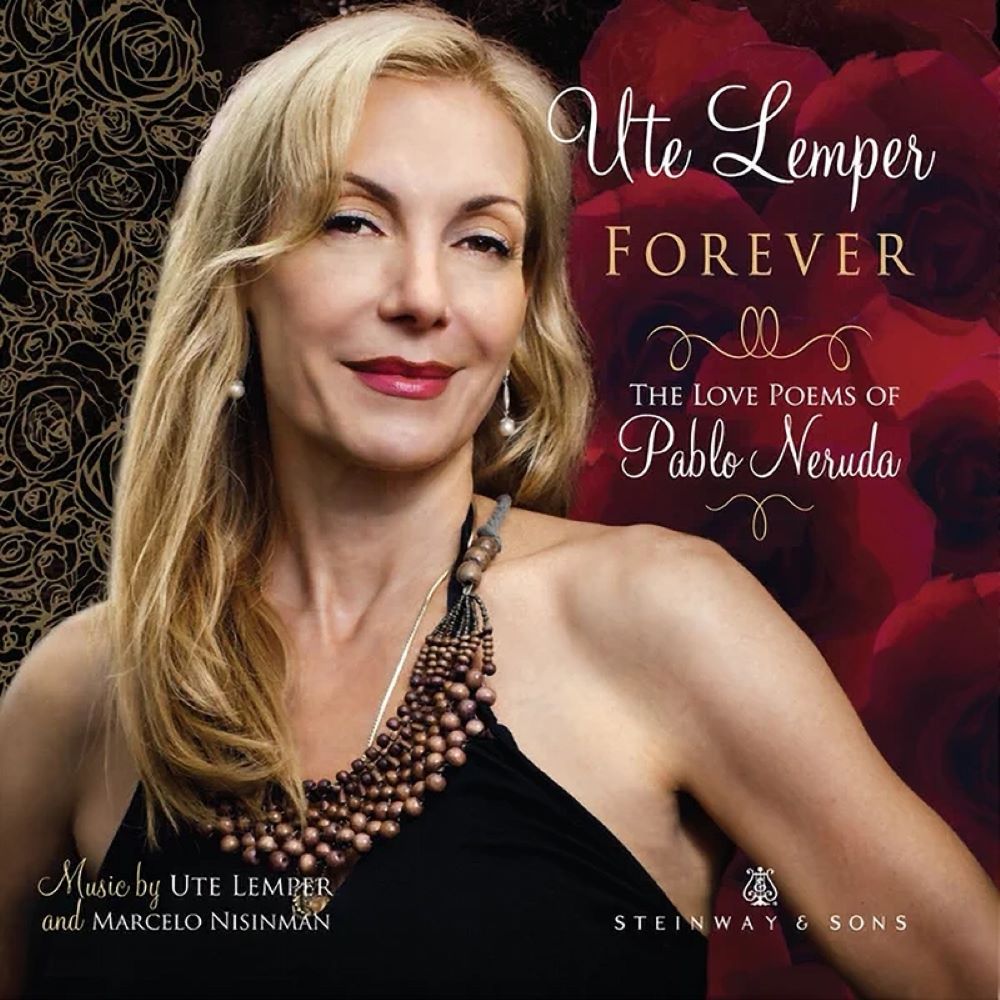 With this album, I want to honor the beloved Pablo Neruda from Chile, poet, politician, and diplomat, Nobel Prize winner for literature in 1971. Besides his political legacy and his unforgettable writings, that stand as an outcry against oppression and dictatorship, he gave us the most beautiful poems.

I chose these very poems to celbrate love, passsion and life. First I invented all the melodies to find the right lines and feelings through the precious words and the rhythm and sound of the original phrases. My intention was to invent the most loving and tender songs and melodies I could possibly imagine, but at the same time with strong emotion of pain and hurt and passion.

“Ute Lemper is a consummate musical star with an engaging line in sensuality à la Marlene Dietrich; but her full, sour-sweet voice and mordant expressiveness lend themselves to deeper things.”

All songs witten by Ute Lemper with collaboration by Marcelo Nisinman

Ute Lemper’s career is vast and varied. She has made her mark on the stage, in films, in concert and as a unique recording artist on more than 30 CDs. She has been universally praised for her interpretations of Berlin Cabaret Songs, the works of Kurt Weill and Berthold Brecht and the Chansons of Marlene Dietrich, Edith Piaf, Jacques Brel, Léo Ferré, Jacques Prevert, Nino Rota, Astor Piazzolla many others and also her own compositions, as well as her portrayals in musicals and plays on Broadway, in Paris, Berlin and in London’s West End. 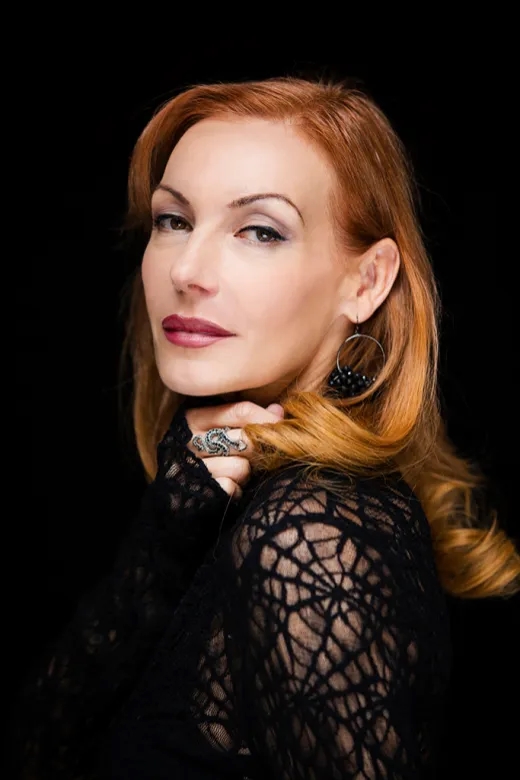 While Ms. Lemper has continued to perform and revive the works of Brecht and Weill, her professional theatre stage debut in a musical was in the original Vienna production of Cats in the roles of Grizabella and Bombalurina. She went on to play Peter Pan in Peter Pan (Berlin) and Sally Bowles in Jerome Savary’s Cabaret (Paris) for which she received the Moliere Award for Best Actress in a Musical. She played Lola in The Blue Angel (Berlin) under the direction of Peter Zadek and Maurice Bejart created a ballet for her, La Mort Subite (Paris). Ute also appeared in many Weill Revues with the Pina Bausch Tanztheater, and she created the part of Velma Kelly in London’s production of Chicago in the West End, for which she was honored with the Laurence Olivier Award, and moved to the Broadway production after one year to receive the American Theatre Award.

Ute Lemper’s solo concerts, which include Kurt Weill / Berthold Brecht Recitals, Dietrich and Piaf / Jacques Brel / Leo Ferre / Kosma / Prevert / Sondheim evenings, and Berlin Cabaret Evening have been produced in prestigious venues throughout the world. Her symphony concerts include The Seven Deadly Sins, Songs from Kurt Weill, Songbook (Michael Nyman) and Songs from Weill, Piaf and Dietrich with the symphony orchestras of London, Israel, Boston, Hollywood, San Francisco, Berlin, The Paris Radio Symphony Orchestra, The Illusions Orchestra (Bruno Fontaine) and the Michael Nyman Band (Michael Nyman). She also appeared in Folksongs with the Luciano Berio Orchestra (Luciano Berio) and with The Matrix Ensemble (Robert Ziegler) performing Berlin Cabaret Songs. She performed with the best symphony orchestras all over the world from Buenos Aires to Sydney.

Her celebrated recordings for DECCA include Ute Lemper Sings Kurt Weill (Vols. I and II), Three Penny Opera, The Seven Deadly Sins, Mahogonny Songspiel, Prospero’s Books (Michael Nyman), Songbook (Michael Nyman/Paul Celan), Illusions (Piaf/Dietrich), City of Strangers (Prever/Sondheim) and Berlin Cabaret Songs (German and English versions). She was named Billboard Magazine’s Crossover Artist of the Year for 1993-1994. In early 2000, Decca / Universal Music released Punishing Kiss, featuring new songs composed for her by Elvis Costello, Tom Waits, Philip Glass, and Nick Cave. Her following release on Decca But One Day, features new arrangements of Weill, Brel, Piazolla, Heymann and Eisler songs, as well as the first recordings of her own compositions, for which she wrote both lyrics and music. She also recorded Crimes of the Heart, Life is a Cabaret and Ute Lemper Live for CBS Records and for POLYDOR, Espace Indecent, Nuits Etranges and She Has a Heart.

Ms. Lemper was born in Munster, Germany and completed her studies at The Dance Academy in Cologne and the Max Reinhardt Seminary Drama School in Vienna. She lives in New York with her four children.