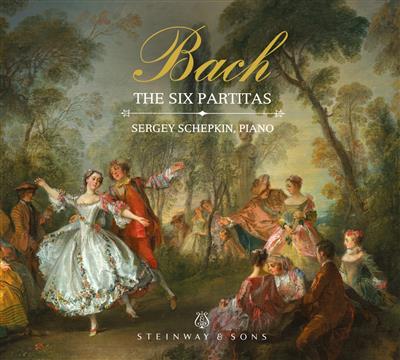 Boston-based pianist Sergey Schepkin has recorded the complete Partitas for solo keyboard, following up on his 2014 release of The French Suites from Steinway & Sons. The Six Partitas is the latest addition to Schepkin’s large-scale recording project that aims to cover all of Bach’s keyboard works performed on a modern piano, informed by historic performance practices. Schepkin’s recording of the French Suites was praised by Gramophone for its “exemplary precision and lucidity” and “effortless-sounding command.”

"This is a far cry from so-called authentic Bach playing, but it is immensely satisfying and reflects the genius of Bach with deep reverence... I highly endorse Schepkin’s glowing rendition of this timeless music."

"Despite his formidable Steinway, Schepkin has a harpsichordist's feel for the magic of resonance born of slight, brief repetition."