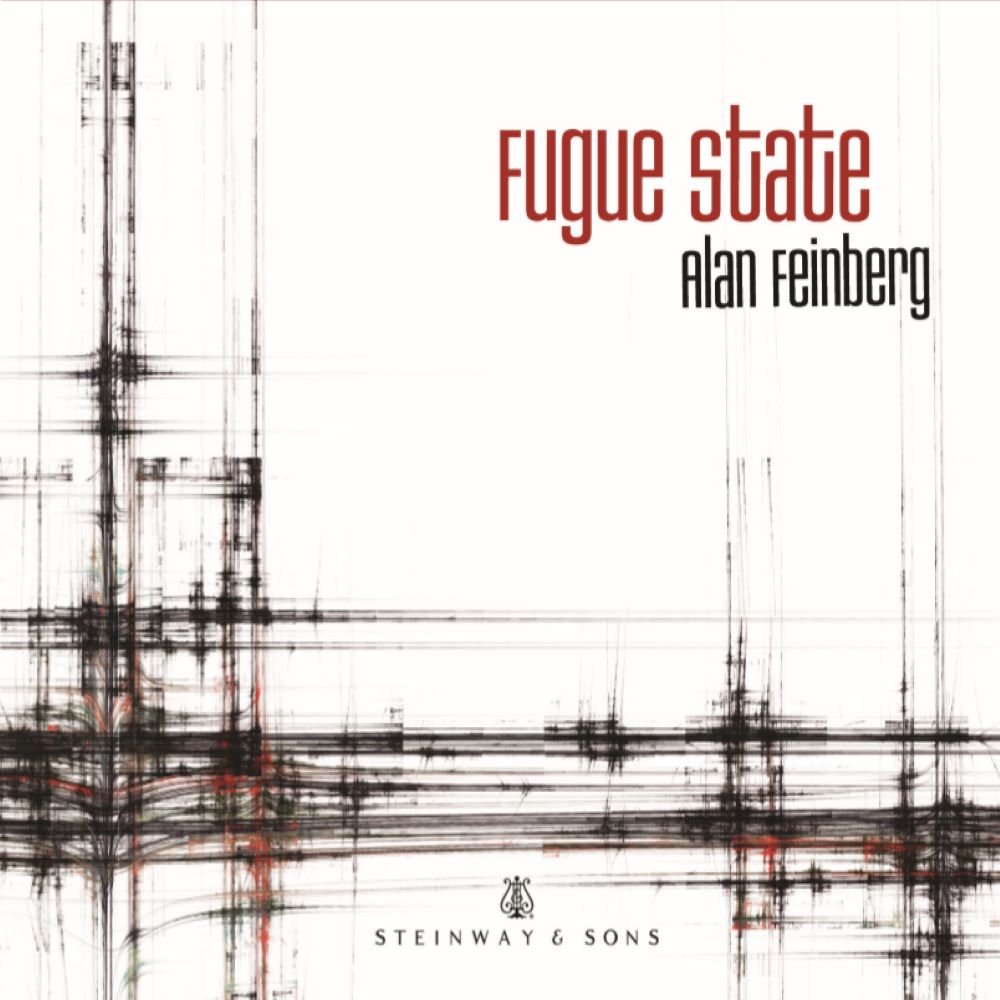 Fugue State features music of two generations of composers from the era of the High Baroque.

This latest recording from one of today’s most inventive and daring pianists evolved from his love of the form — often chosen by composers for making intensely personal statements — and a sense of each composers’ heartfelt involvement with it. Feinberg views the selected fugues as “character pieces,” each with its own personality, scope, level of complexity, and effect. The shape and character of the theme help determine the shape and character of the piece as a whole.

On Fugue State, two generations of composers from the High Baroque era: Johann Jacob Froberger, Dietrich Buxtehude, and Alessandro Scarlatti, are matched with J.S. Bach, Domenico Scarlatti, and George Friedrich Handel. Each has a unique compositional conception of what a fugue is, but their works share a number of compelling musical ideas and elements. “There are many musical connections for the listener to perceive, especially with more familiarity. Fugues are not constructed to surrender their secrets upon superficial acquaintance. Even when the musical content is similar, each composer has a unique style that is intriguingly personal,” said Feinberg.

“Performing works of the Baroque period on a modern Steinway enables the use of an especially rich tool for contrapuntal expression,” continued Feinberg. “In the end, I think that the performer’s task is to strive to harness the same spiritual, personal, intellectual, and technical concerns that the composer has mustered in order to re-create or re-imagine these past works for the present.”

“Handel's ingenious fugues sound wonderfully clearheaded and uncluttered... The playing throughout has elegance, color and clarity.”

“Feinberg is a pianist who can elucidate rigorous musical structures with a flexible and internalised approach to rhythm and spacing, not to mention his ample, multi-hued sonority. These qualities reveal themselves in how freely yet naturally and logically the two Bach Musical Offering ricercars unfold, along with the leisurely spun-out yet well-sustained Alessandro Scarlatti F minor Fugue.”

“Feinberg’s performances use the modern grand piano with delicacy and inventiveness, responding to the characteristics of each fugue with apt adjustments of color, shading and touch.”

“Feinberg uses every capability of his instrument to his advantage, from the coloration of notes and harmonies, the smoothness of his legato, to the careful dynamic delineation of voices...one could hardly have a better advocate to lead one through the contrapuntal trappings of this music.”

Alan Feinberg is a unique and versatile pianist, as comfortable with Brahms as with Cage. He has given over 200 premieres, including Mel Powell's Pulitzer Prize-winning work Duplicates, and numerous works by such composers as John Adams, Milton Babbitt, John Harbison, Steve Reich, and Charles Wuorinen. In 1985, he gave the first performance of Milton Babbitt's Piano Concerto, a work that was written for Feinberg. In 1991, he gave a critically acclaimed appearance of Shulamit Ran's concert piece with the Cleveland Orchestra. He has also championed a piano concerto by Charles Ives based on fragments of his Emerson Overture, and reconstructed by Ives scholar David G. Porter. Feinberg premiered this work in 1998 in Cleveland under the baton of Christoph von Dohnányi and they later performed it on tour in Paris, Barcelona, and Madrid. Other unusual works in his repertoire include concertos by Amy Beach, John Cage, Leo Ornstein, Oscar Levant and Andrew Imbrie; George Gershwin's Rhapsody No. 2; and Messiaen's Oiseaux exotiques. Feinberg has performed throughout the United States and Canada. His innovative recital series Discover America was sponsored by the Los Angeles County Museum of Art, the Eisenhower Hall Theater at West Point, New York City's Town Hall, the University of Rhode Island, and the State University of New York at Stonybrook. Feinberg also performs regularly in Europe. In addition to frequent collaborations with the London Philharmonia and the BBC Scottish Symphony, he has been featured at major international festivals, such as the BBC Musica Nova Festival, and the festivals of Edinburgh, Bath, Cambridge, Geneva, Berlin, Brescia, Bergamo, and Budapest.

An extensive discography attests to Feinberg's continuing investigations into previously unexplored repertoire for the piano. His most ambitious project is a series of recordings on Decca/Argo entitled Discover America, where classical and popular works by both famous and lesser-known composers are arranged in a program to demonstrate the diversity of American musical history. Composers featured in the series include Louis Moreau Gottschalk, Henry Cowell, Conlon Nancarrow, Jelly Roll Morton, James B. Johnson, Percy Grainger, Fats Waller, Artis Wodehouse, Scott Joplin, Charles Ives, Charles Wuorinen, Willie "The Lion" Smith, Duke Ellington, and others. He has also recorded Babbitt's Piano Concerto (New World Records); Morton Feldman's Piano and Orchestra (Decca/Argo); Beach's Piano Concerto (Decca/Argo); Ligeti's Horn Trio (Bridge Records); works by Steve Reich and John Adams (EMI/Angel and Nonesuch); and Paul Bowles' Piano Concerto (Catalyst). In 1997, Feinberg won his third Grammy Award nomination for his recording of Morton Feldman's Palais de Marie and Charles Wuorinen's Capriccio, Bagatelle, and Sonata No. 3. In 2013 he released the album Basically Bull on the Steinway & Sons label. Feinberg is associate professor of piano at the Eastman School of Music and visiting professor at the Juilliard School in New York City.