Winner of the 2016 Cleveland International Piano Competition, Nikita Mndoyants debuts on the Steinway & Sons label with an electric program. 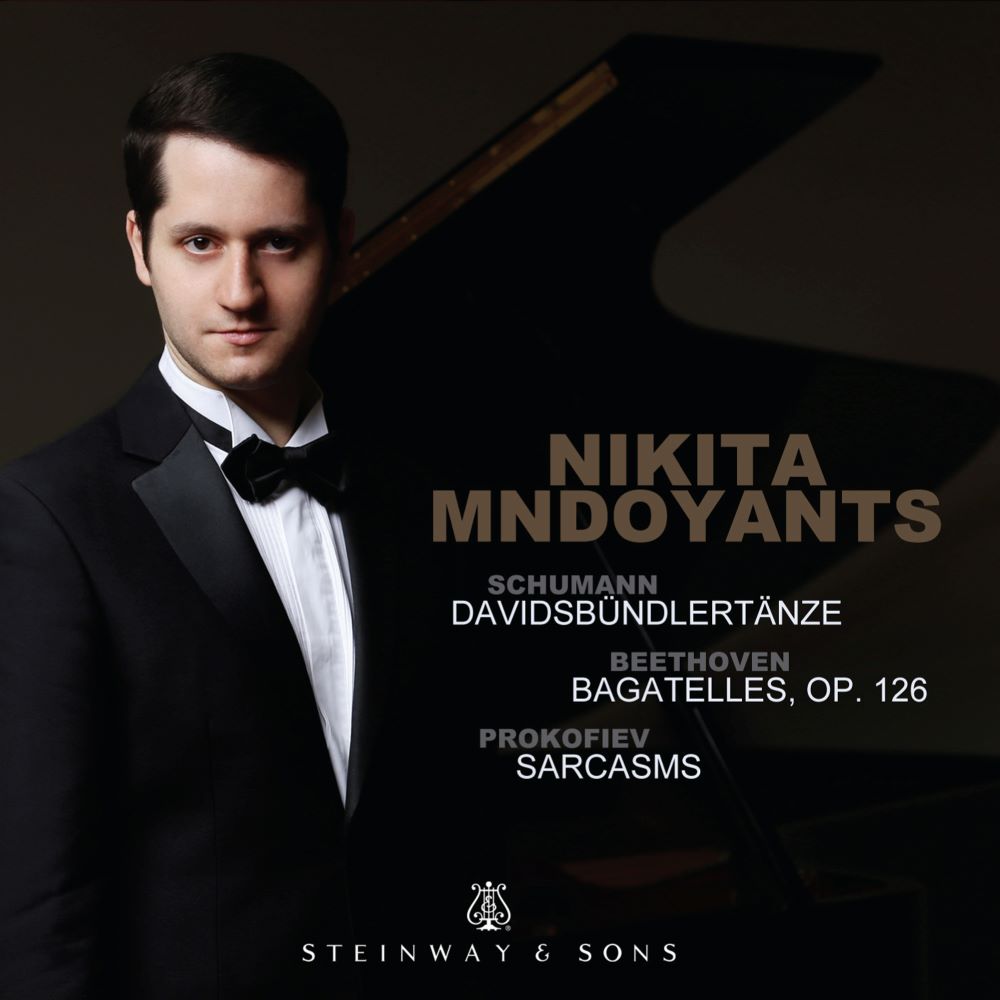 “His carefully wrought miniatures combine the clarity and immediacy of a snapshot with an aphoristic succinctness. The result is an appealing musical experience that both nourishes and satisfies.”

“Mndoyants played like such a free spirit... The way he created extra space in each line felt similar to the stylistic traditions of great jazz pianists of the past and present”

Coming from a family of professional musicians, Nikita Mndoyants began to play piano and compose music at a very young age. He entered Central Music School in Moscow where he studied piano with Tamara Koloss, gave his first public recital at age eight, and recorded his first CD (of a live performance in Helsinki) at age ten.

Most recently Mr. Mndoyants has performed at the Bozar Centre for Fine Arts (Brussels) and the Luxembourg Philharmonie. He also made his debut recital in the Great Hall of the Moscow Conservatory and performed in the Salle Cortot and Auditorium du Louvre in Paris. He appeared as a guest artist with the Gangnam Symphony Orchestra at the new Lotte Concert Hall in Seoul, Korea.

Giving his first chamber performance with the Borodin Quartet in 2004, he has continued to cultivate his passion for chamber music, working with such ensembles as the Brentano, Eben, Zemlinsky, and Szymanowsky Quartets. Among his chamber music partners are pianists Alexander Ghindin and Vyacheslav Gryaznov, violinists Andrej Bielow and Valeriy Sokolov, cellists Lev Sivkov, Evgeny Rumyantsev and clarinetist Patrick Messina.

His piano and chamber works are made available by publishing houses Composers, Muzyka, and Jurgenson, and have been performed by Alexander Vinnitsky, Alexander Rudin, Daniel Hope, Nicolas Stavy, the Szymanowski and Zemlinsky Quartets, Moscow State Symphony Orchestra, and others.