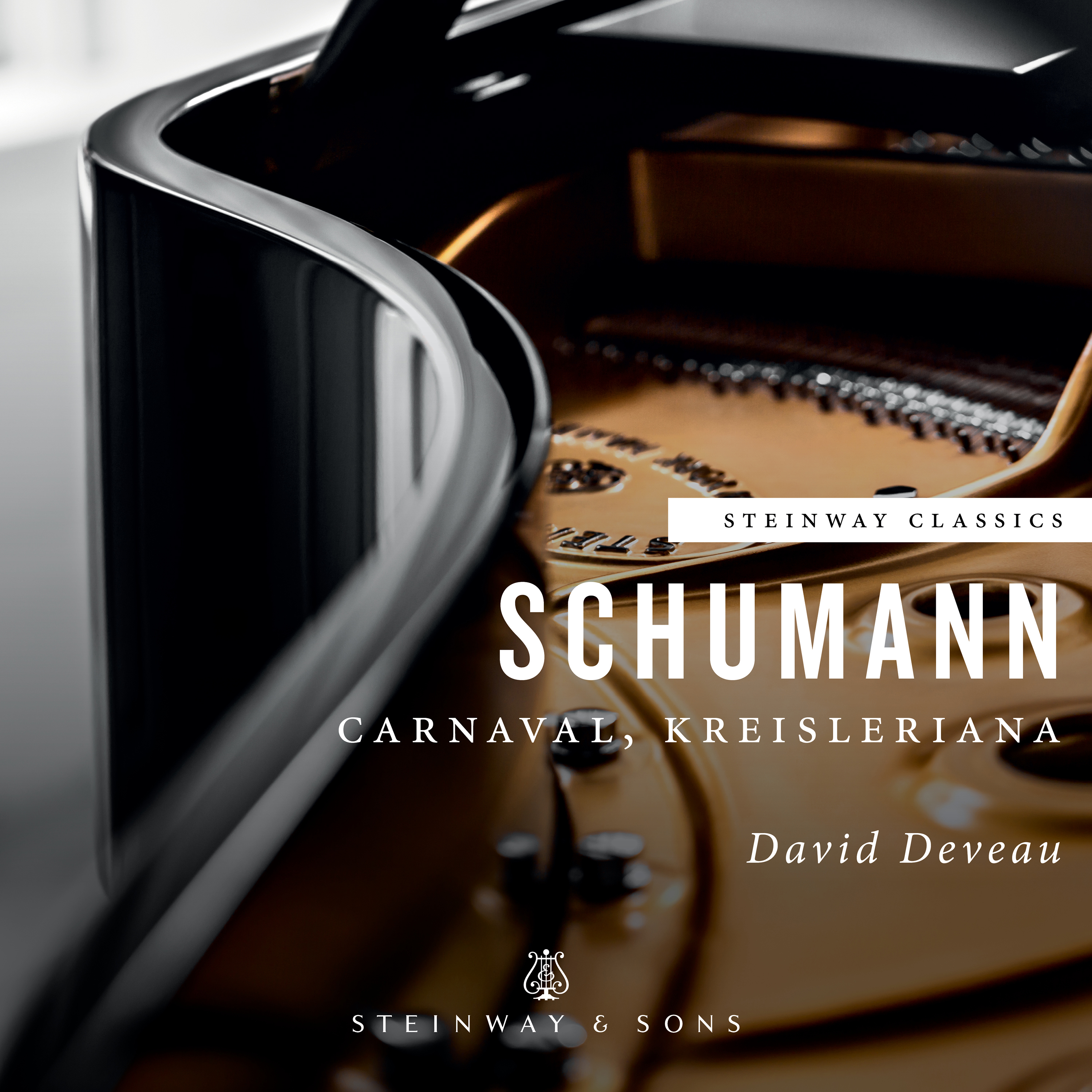 Composed in 1833-35, Carnaval  is an effervescent suite of twenty-one brief pieces which might best be described as musical "snapshots" of guests at a masked ball at Mardi Gras. Now, these are not just any guests! We meet a colorful parade of characters from the old Italian Comedia dell'Arte, including Pierrrot the clown, Pantalon and Columbine, and Harlequin. Present also are important musicians of the day  - Chopin and Paganini - as well as people from Schumann's life: including ex-girlfriend Ernestine von Fricken (Estrella) and his future wife, Clara Wieck (Chiarina). And of course, there is Schumann himself in his poetic garb (Eusebius) and in his more mercurial, passionate outfit (Florestan). Interspersed are lovely waltzes, promenades, butterflies, avowals of love, and even "dancing notes" which from the musical motto upon which the music of Carvaval is based. The dazzling party concludes with a magnificent thumbing of the nose at old-fashioned musical reactionaries, as young Schumann brings on his League of David (Davdsbündler) to slay the Goliath of Philistinism.

Pianist David Deveau enjoys a distinguished career internationally, performing in the US, Canada, the UK, Europe and Asia. He has appeared as soloist with the Boston Symphony and Boston Pops; the San Francisco, Pittsburgh, St. Louis, Minnesota, Houston and Miami symphony orchestras; the Toulouse Capitole Orchestra in France and the Qingdao Symphony in China. He has toured China, Taiwan and Japan, appearing in Beijing, Shanghai, Taipei, Tianan, Nagoya and Kyoto. He as performed at the festivals of Tanglewood, Wolf Trap, Caramoor, Seattle, Mainly Mozart (San Diego) and was Artistic Director of the Rockport (MA) Chamber Music Festival from 1995-2017. His first recording for Steinway Siegfried Idyll (2015) was critically acclaimed in the New York Times and Gramophone, and was listed as one of the year’s ten best classical albums by the Boston Globe in 2015. Deveau is on the music faculty of the Massachusetts Institute of Technology.