New Steinway Model B ‘Changes Everything’ At Penncrest High School

MEDIA, PA — Murmurs of a new piano echoed through the hallways of Penncrest High School. Some students heard whispers; a few of them caught glimpses. Anticipation filled the air. Credit Craig Snyder for working up a big crescendo. “We keep our Steinway under lock and key,” said Penncrest’s Music Department Coordinator. “Over the course of the school year, there will be much more excitement as the piano is revealed in our performances.” 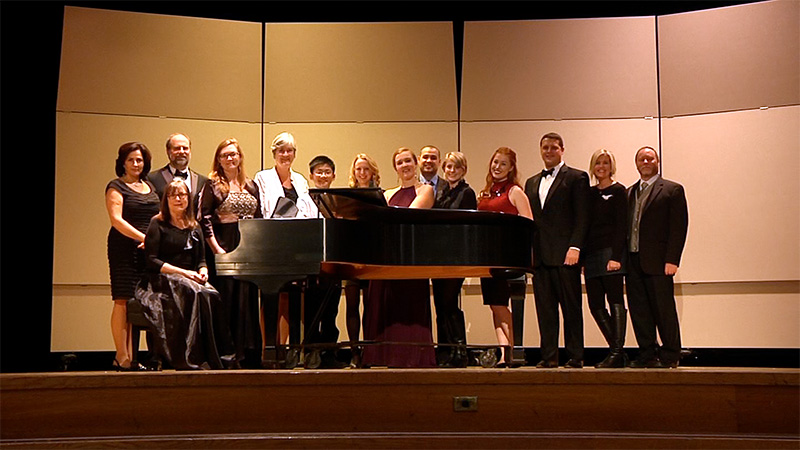 Mr. Snyder, also the school’s Director of Bands, is a versatile trumpeter active in the regional music scene for more than 20 years. He joined other music teachers at the Philadelphia showroom of Jacobs Music Company, where Sonja Lynne assisted in exploring the rich personalities of every Steinway & Sons Model B on the floor. The group, he said, had a tremendous time finding one with just the right touch and tone for Penncrest, the only high school in the Rose Tree Media School District.

Named one of America’s most challenging high schools by The Washington Post, Penncrest is highly regarded for assembling award-winning academic teams and ranks among the top scoring Pennsylvania schools in math and science. The Fine Arts programs, including bands, chorus, string ensemble, art, and theater, continue that strong tradition and steadfast commitment to excellence. According to the school’s annual report, nearly 73% of the 2015 senior class went on to pursue studies at a four-year college or university.

Students were caught by surprise when word of a new Steinway surfaced, as the school initially launched a campaign to rebuild one from the 1960s. Following successful debut performances at an orchestra concert and recital featuring esteemed Penncrest alumni, the piano is creating a fresh legacy for future generations.

Having a fine instrument on our stage changes everything.

“Having a fine instrument on our stage changes everything,” said Mr. Snyder, who is president of the Pennsylvania Music Educators Association District 12. “Every ensemble will benefit from this acquisition.”

To help raise funds for the Steinway project, music faculty members recruited a passionate cadre of parents. “Our board of school directors — inspired by the community’s effort and support — financed most of the purchase. So it truly was a team effort involving teachers, parents, and administrators,” he said.