Musical sensation Davell Crawford is hailed as “The Piano Prince of New Orleans.”

“Davell is the embodiment of every New Orleans music legend that has ever lived, from Jelly Roll Morton to Dr. John, from Mahalia and Satchmo, to James Booker and Professor Longhair, all rolled up into one musical ball of fire.”

Davell Crawford, an all-around musical sensation, is one of the true wonders of the contemporary Crescent City music scene. Performing professionally since the age of seven, Davell has enjoyed a wild widely acclaimed career as an entertainer. He emerged as a teenage piano terror and began to unfold his incredible talent before the world. He has toured the world performing to sold out audiences and has been a committed advocate for the arts. While touring and recording he’s also taught in schools, given masters classes workshops about artistry, the importance of American Roots music – traditional jazz, gospel, funk and R&B. 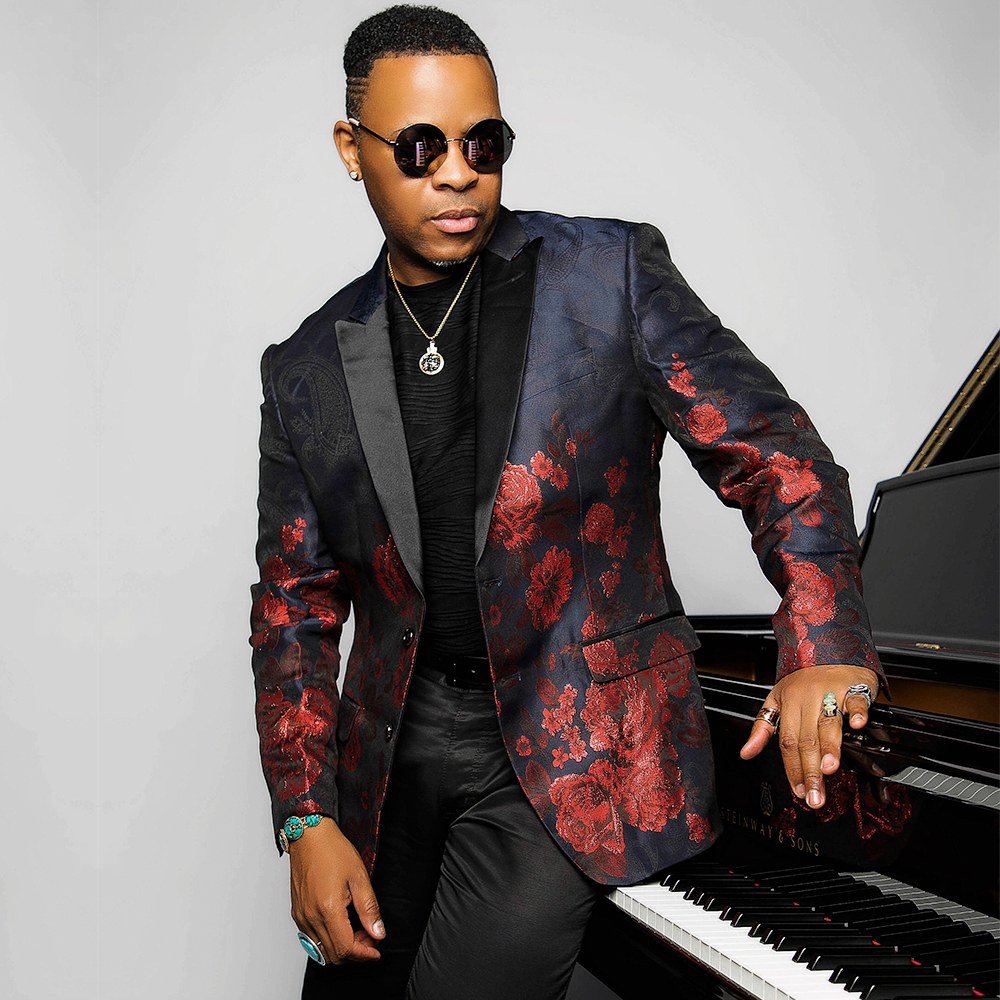 Hailed as “The Prince of New Orleans,” Crawford has played extensively throughout the states and has toured many countries including Spain, Italy, France, Russia, Finland, Dominica, Brazil, Morocco, and Portugal among others. Cited as one of the few musicians committed to keeping the piano sounds of New Orleans alive, he stands as one of the most versatile and most documented young piano players in America today. He has kept true to the music while adding a little freshness and vitality.