Mozart's fascination with romance and Anderson & Roe's infatuation with Mozart come together in a sonic whirl of intrigue, scandal, exhilaration and mischief. 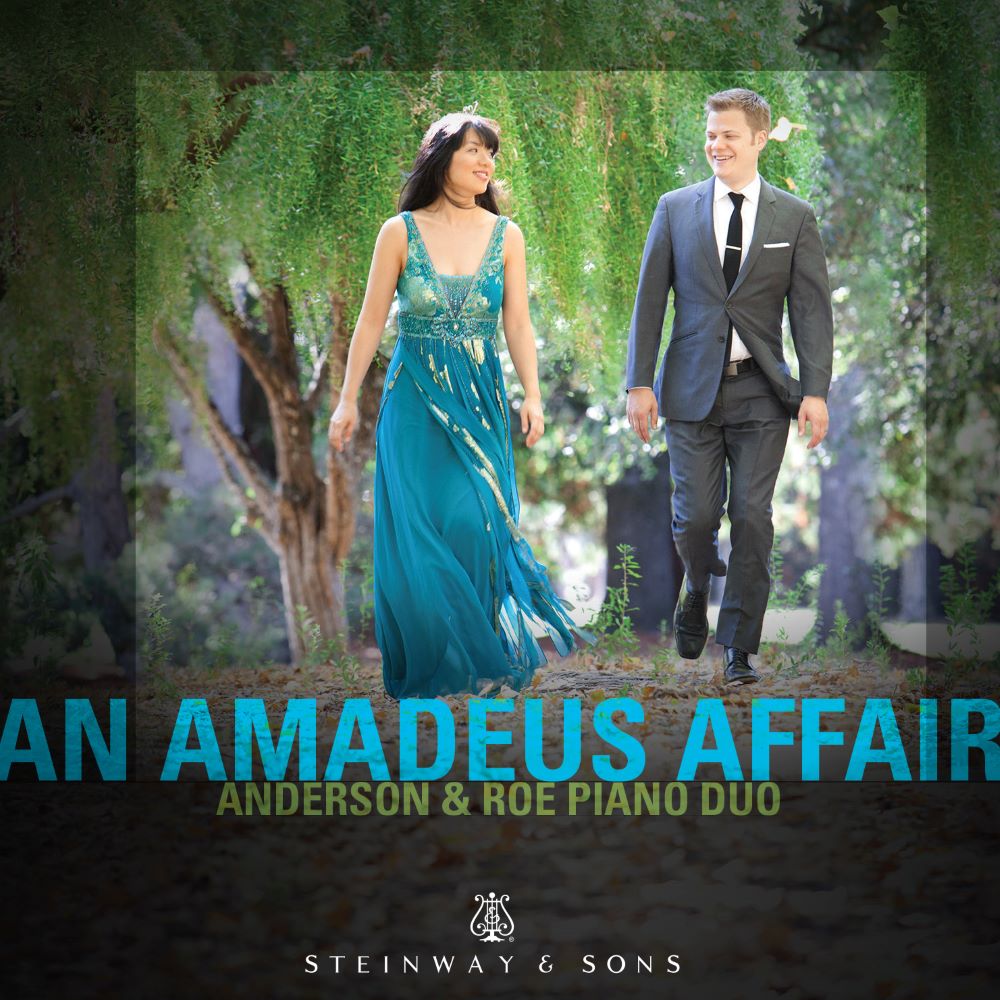 The second release from Anderson & Roe on the Steinway label celebrates Mozart with a brilliant recording of his Sonata for Two Pianos surrounded by scintillating four-hand arrangements of music from his operas and concertos.

The vibrant, enterprising piano power duo of Greg Anderson and Elizabeth Joy Roe celebrates the flirtation, romance and charm inherent to Mozart’s music on their second album for the STEINWAY & SONS label, An Amadeus Affair. Anchored around the impressive Sonata for Two Pianos in D major, the album also features arrangements of his orchestral and operatic works for piano four-hand on one or two pianos.

For Anderson and Roe, who are known for their freethinking approach to classical music, Mozart remains an ideal for piano collaboration. In an articulate essay that accompanies the work, they write, “so much of his music is devoted to witty banter and a dynamic musical dialogue, dramatic conflict and resolution, plus a shared vulnerability and sense of play. His music has sparked us to tap into that place of awe and discovery, where inspiration and joie de vivre reign.”

“Throughout An Amadeus Affair, Greg Anderson and Elizabeth Joy Roe bring Mozart’s greatness to a new generation while escalating the role of the classical piano duo to a new level of virtuosity and sophistication.”

Known for their adrenalized performances, original compositions, and notorious music videos, Greg Anderson and Elizabeth Joy Roe are revolutionizing the piano duo experience for the 21st century. Described as “the intense synchronization of genius” (ThirdCoast Digest), the Anderson & Roe Piano Duo aims to make classical music a relevant and powerful force around the world. Their debut album on the Steinway label, When Words Fade, was released to critical acclaim in 2012 and spent over a dozen weeks at the top of the Billboard Classical Charts, while their Emmy-nominated and self-produced music videos (including the explosive new rendition of The Rite of Spring) have been viewed by millions on YouTube. 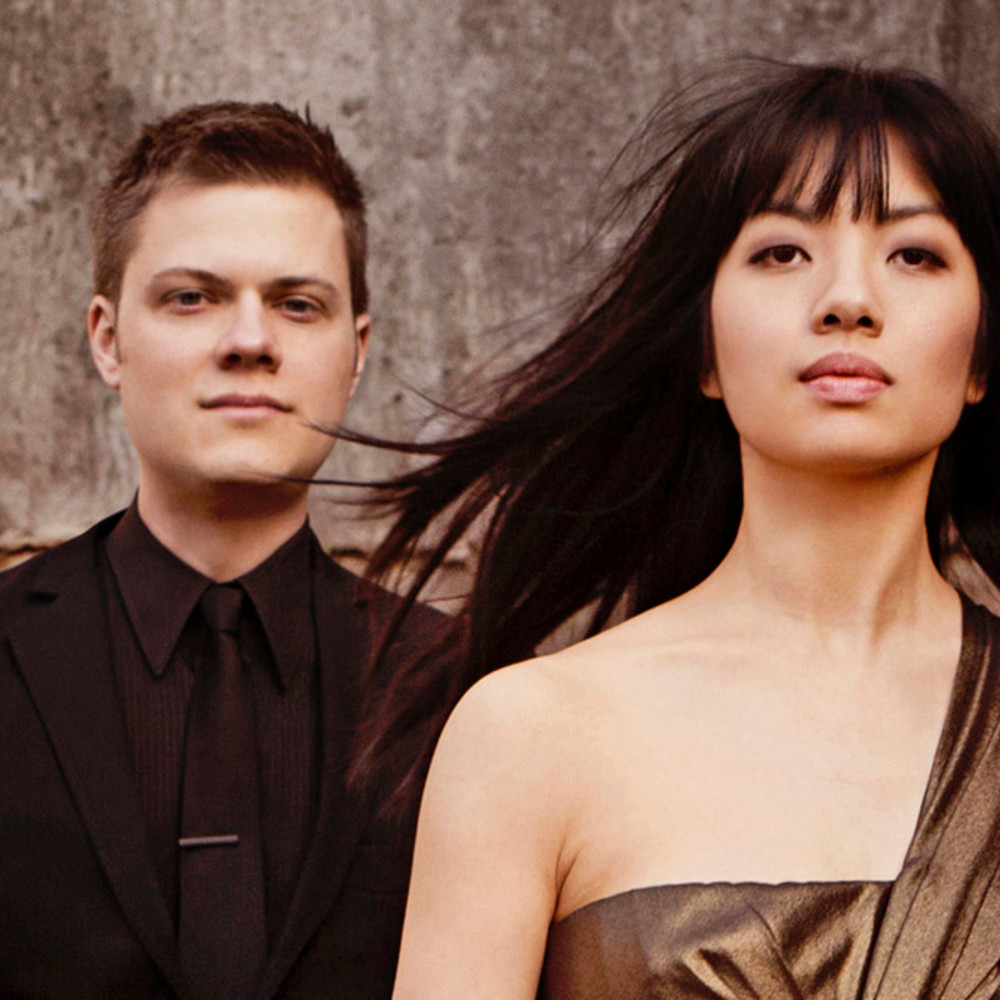 Mr. Anderson and Ms. Roe met in 2000 as freshmen at The Juilliard School and formed their musical partnership shortly thereafter. They have since toured extensively, with notable recitals in Beijing, Seoul, Singapore, Italy, Vancouver, and most major US cities, as well as in nearly every New York City venue imaginable, from Carnegie Hall to children's hospitals. Together they have appeared on MTV's Total Request Live, NPR's All Things Considered and From the Top, APM's Performance Today, the Cliburn Concert Series, the Gina Bachauer International Piano Festival, and dozens of summer chamber music festivals. Their orchestral engagements include performances with the Hartford, Santa Fe, and Lafayette Symphony Orchestras, and with members of the Metropolitan Opera Orchestra. In recognition of their singular vision for the advancement of classical music, they have been invited to present at numerous international leader symposiums, including the EG (Entertainment Gathering), the Imagine Solutions Conference, Chicago Ideas Week, and Mexico’s Think Tank Festival for Brilliant Minds. Their scores are published by Alfred Music on the “Anderson & Roe Duos & Duets Series” and by Awkward Fermata Press.