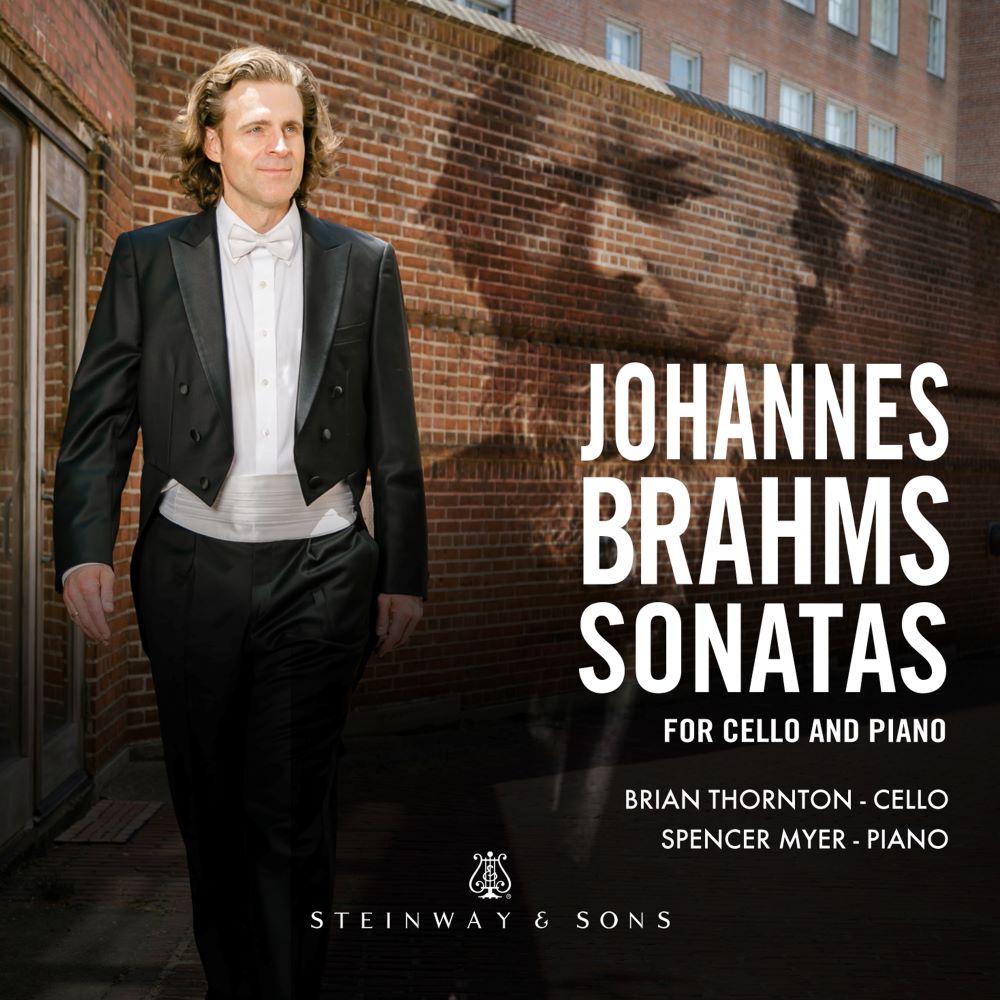 "I can recommend Thornton and Spencer to all who like their Brahms with a little less sentiment, a bit more drive."

"Cellist Brian Thornton and pianist Spencer Myer give inspired performances of Brahms’ two Sonatas for Cello and Piano... From the very opening of Opus 38 in E minor, where the cello melody meanders slowly but with deceptive purpose, we know we are in for enchanted music making."

"The first thing you notice about these Brahms performances is cellist Brian Thornton’s warm, viola-like sonority, which boasts seamless uniformity between registers... The composer’s gnarly keyboard writing poses no problems for pianist Spencer Myer, who is willing and able to abruptly adjust his balances and timbre."