THE LATE PIANIST and critic Samuel Lipman once told a gifted musician friend that he must choose between classical music and jazz, and not pursue both. Such advice simply wouldn’t fly with many of today’s emerging virtuosos. There are Juilliard and Manhattan School of Music undergraduates who think nothing of playing a Shostakovich Trio at seven and then rushing downtown to make a nine o’clock show with an alternative funk group, free jazz unit, or bluegrass band.

Perhaps fewer jazz players take the classical plunge so easily, but their efforts usually meet with more acceptance in today’s eclectic zeitgeist. Take Brad Mehldau, for instance. The pianist has garnered an international reputation as one of jazz’s most compelling and individual stylists. Still, he blurs the boundaries now and again. In 2006, Mehldau recorded a selection of his art songs with Renée Fleming for Nonesuch; these works are steeped in the pianist’s jazz-oriented lyricism yet grounded in the through-composed tradition of Barber, Hoiby, Rorem, Bolcom and their school. Three years later Anne Sofie von Otter premiered Mehldau’s Love Songs (a Carnegie Hall commission) with the composer at the piano. In turn, the acclaimed classical mezzo-soprano followed with a set of American popular song standards, supported by Mehldau’s seasoned jazz hands. 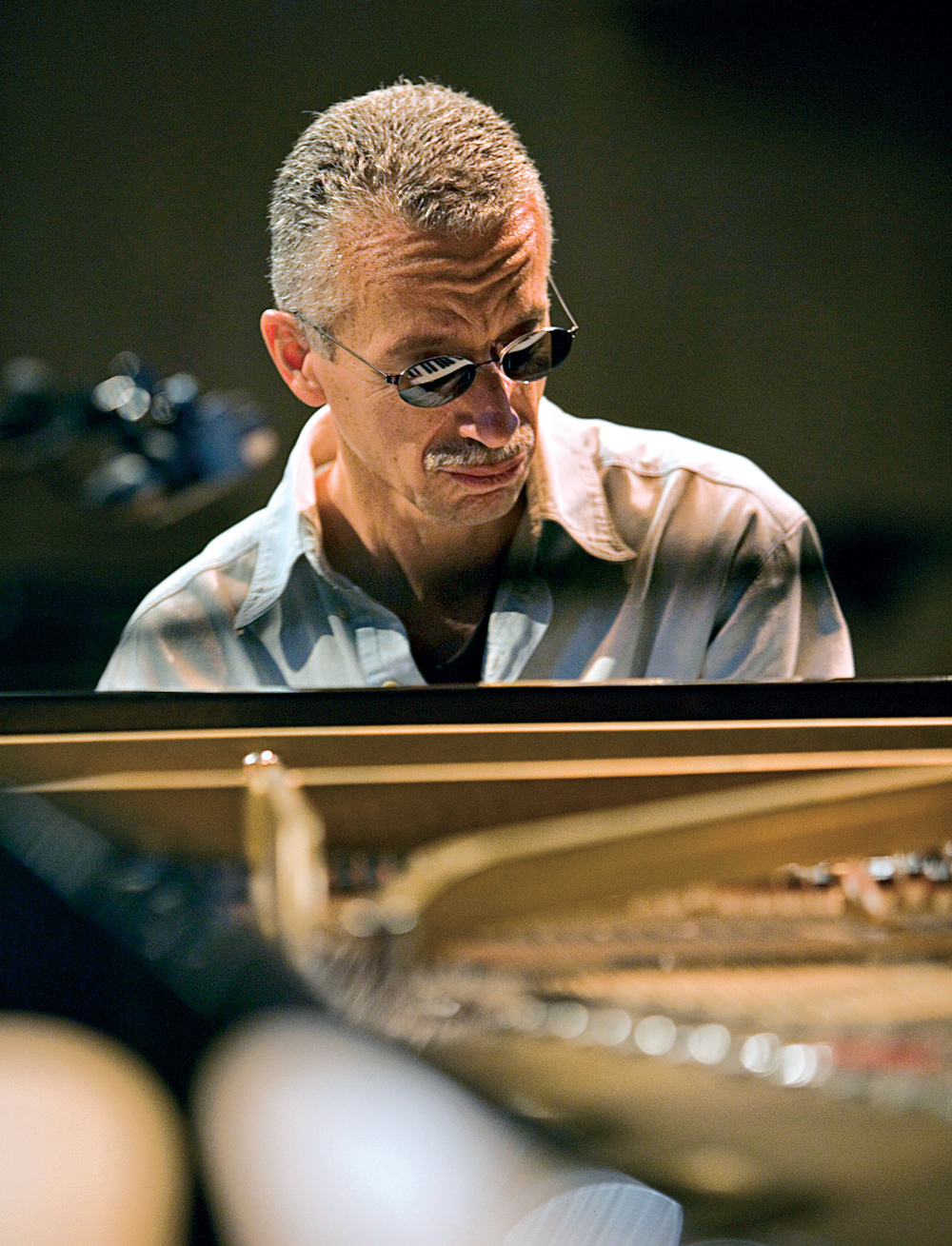 Such split musical personalities appear to be the rule rather than the exception among pianists of Mehldau’s generation. Jason Moran also has played Brahms in public. Iconoclastic jazz trio The Bad Plus’ Ethan Iverson cut his professional teeth as a classical pianist with Mark Morris’ dance company and earned excellent notices for his keyboard prowess in Schubert’s Winterreise, where one must function far beyond the role of mere accompanist. Also impressive was Iverson’s cadenza for Frederic Rzewski’s landmark variation set The People United Will Never Be Defeated, an intense, rigorously worked out, non-jazzy, virtuosic tour-de-force that couldn’t be more stylistically apt had Rzewski penned it himself.

In fact, more artists function at high professional levels in both jazz and classical worlds than one would expect. Dave Brubeck’s extended choral works embody an equally compelling and altogether different voice from his celebrated jazz personality.

Richard Rodney Bennett’s tuneful film scores are as different from his twelve-tone orchestral, chamber and operatic output as they are from his self-accompanied nightclub singing. A 78-rpm album from the forties showcased four sides of Mel Powell: at the helm of a jazz trio, as a classical soloist, a jazz arranger, and modern classical composer. In this case, however, the composer won out.

Each discipline carries its own demands. In the late seventies Keith Jarrett branched out to devote more time to classical recording and performance. Pianist Ted Rosenthal asked Jarrett if he’d ever be interested in presenting a concert with Mozart on the first half and a jazz trio on the second. That was tantamount to “true insanity,” said Jarrett. “Because if a player gets used to not disappearing into the music completely and starts thinking about the kind of details you have to think about in classical performance — that’s not what you should be doing when you play the blues. Jazz isn’t really as much about the how as it is the ideas that you’re coming up with.”

From a purely pianistic standpoint André Previn has never felt much of a physical difference going back and forth from jazz to classical, as he has so successfully done for more than sixty years. However, in a 1998 interview Previn told me, “If I were out playing clubs every night for six months, and had to take a night off to play the Ravel trio, I probably couldn’t make the switch so easily.”

While Jarrett has acknowledged that the classical literature’s technical and expressive challenges have expanded his improvising toolbox, he also claims that nearly a hundred percent of those who play both jazz and classical music don’t really have an individual jazz voice. In some respects, that’s true. Consider pianist Friedrich Gulda’s forceful Beethoven interpretations alongside his derivative jazz efforts. Denis Matsuev will follow a staggering Rachmaninov concerto performance with Oscar Peterson licks played faster than a speeding bullet, without that late jazz virtuoso’s sense of form and rock-solid time. Fazil Say’s jazz excursions offer little originality, but they’re easy on the ear and certainly less infuriating than what he does to Beethoven’s “Appassionata.”

Ironically, Jarrett’s argument works the other way. His jazz voice is instantly recognizable, but do his Mozart concertos match the catalog’s finest for color, wit, character and timing? Then again, his Shostakovich Preludes and Fugues more than hold their own, and readily reveal the pianist’s genuine affinity for the repertoire.

Ultimately the question of exploring a variety of musical interests goes beyond “can I” or “should I.” Asked about young musicians who are uncertain which path to pursue, Previn offers the following advice: “Whatever kind of music gives you pleasure and whatever kind of music you don’t fake enjoying is worth doing. Playing a Mozart sonata or a jazz standard merely because you think you ought to is not enough of a reason to do so. But if you really like whatever it is that you’re trying to play, that’s a good reason. And you shouldn’t care what anyone says about it.”