Katie Mahan's first album on the Steinway label is dedicated to the memory of the "Classical Gershwin" whose music brought crowds to the classical concert halls, who successfully incorporated the nuances of jazz and popular music to create a classical music that was uniquely and authentically American. 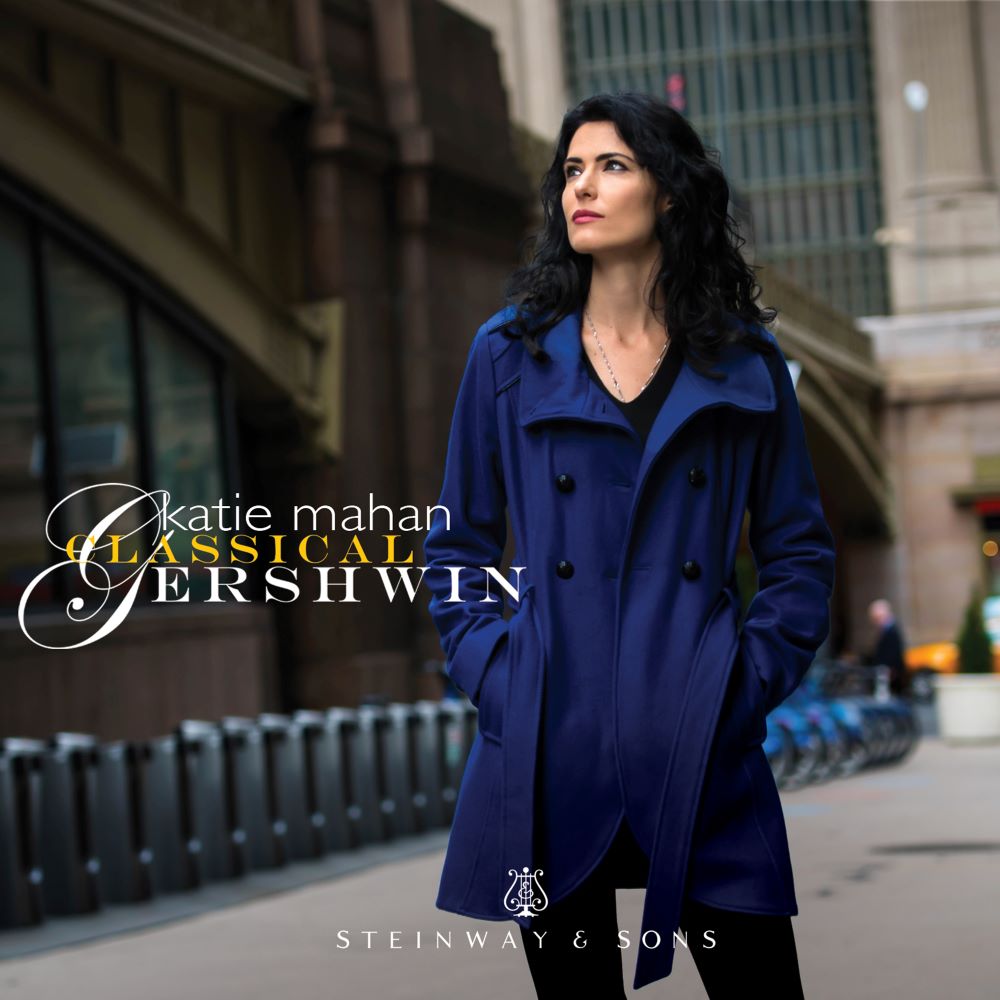 Steinway & Sons releases Classical Gershwin (STNS 30132) from pianist Katie Mahan. This album highlights the work of iconic American composer, George Gershwin through a set of classically conceived arrangements of his most beloved songs. These arrangements by pianists Katie Mahan and Earl Wild favor the classical style rather than the improvisatory style we so often hear.

The program selections are bookmarked by Gershwin’s two rhapsodies – Rhapsody in Blue and the Second Rhapsody, showcasing the evolution of Gershwin’s personality and character thorough the eight years of compositional development that separate them. Interspersed are some of the composers most well-loved songs, which highlight Gershwin’s signature lighter side. Although these pieces were primarily composed as popular songs for musicals, they nevertheless contain a wealth of compositional qualities that are enhanced and explored in the two rhapsodies on the album.

Also included in the release is bonus DVD of Rhapsody in Blue, brought to life as a musical journey through Gershwin’s beloved New York City. Filmed in the Big Apple, this video tells the interesting story behind the great work, which was composed in a matter of hours on a train ride from New York to Boston.

“Brilliant, masterly playing… associations with the young Clara Schumann were revived - she could have played like this.”

“What amazed the listener most what the striking dynamic range... a pianissimo of the most tender poetry to a fortissimo of thunderous passion. An exquisite and memorable performance which was both soulful and powerful, and of great artistic understanding.”