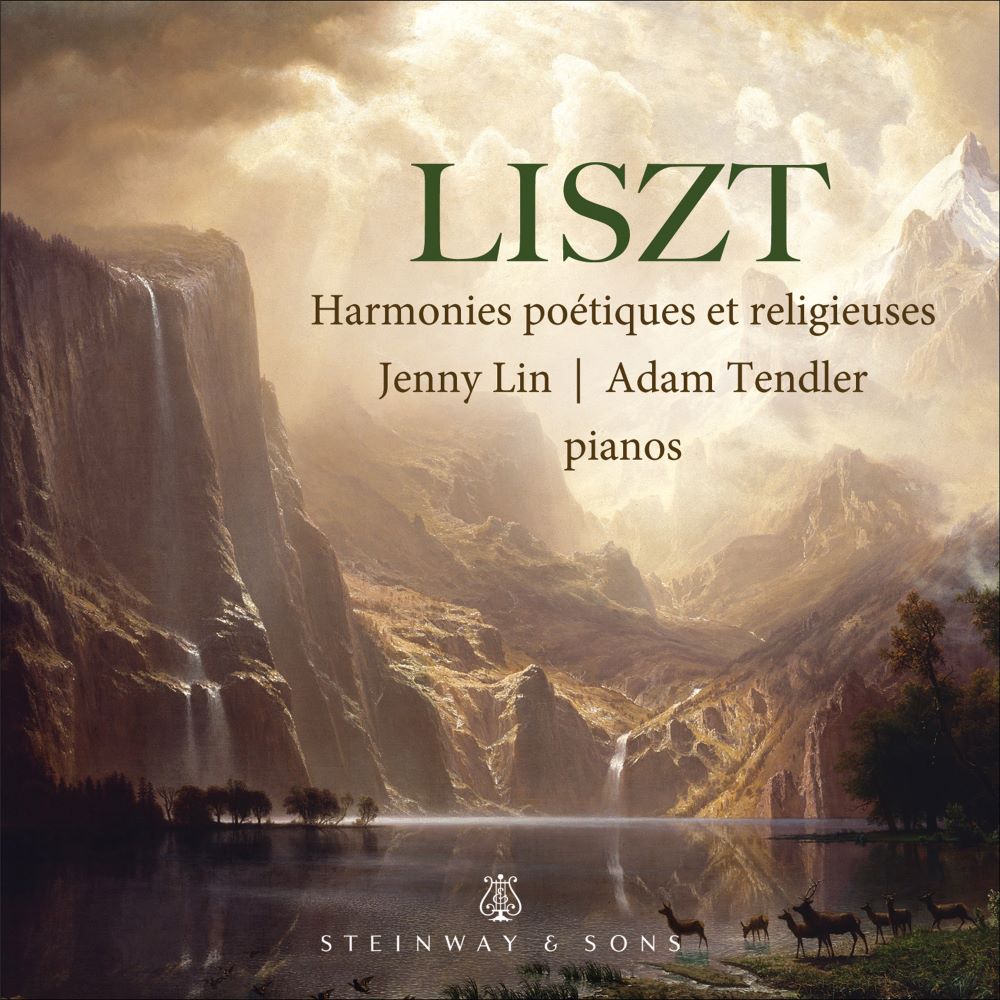 Jenny Lin and Adam Tendler alternate the movements of this monumental piano cycle.

“We’re raised on this stuff. It’s in our bones. And now we can come at this music with a different kind of lens.”

“This is definitely a very private Liszt, one who’s retreated to his inner self.”

“Few performers are willing to take on not only its daunting scale, but also its grueling restraint —A cohesion held together in a delicate tension of wild Romanticism and controlled transparency. Mr. Tendler and Ms. Lin aren’t typically associated with Liszt, or 19th-century music at all. But, to them, that’s part of the fun. It didn’t take long for them to see just how modern Harmonies poétiques et religieuses can be.”

“The playing throughout is first-rate, the performers in such close emotional harmony with the music and each other that this recording is an easy one to recommend with enthusiasm.”

“Lin and Tendler's performances are interior, moody, mysterious, and they revel in the music's variety and its exploratory quality...”

“I especially enjoyed Lin’s high velocity and surprisingly light-fingered Funérailles and Tendler’s gently drawn-out Pater noster, a work that’s not easy to bring off. Lin’s assertive Bénédiction (with its stress on the conflicts among the inner lines) and Tendler’s high contrast Miserere d’après Palestrina are worthy additions to your Liszt collection.

Fluent in English, German, Mandarin, and French, Jenny Lin holds a bachelor’s degree in German Literature from The Johns Hopkins University and studied music at the Hochschule für Musik, and at the Peabody Conservatory. Jenny Lin resides with her family in New York City. 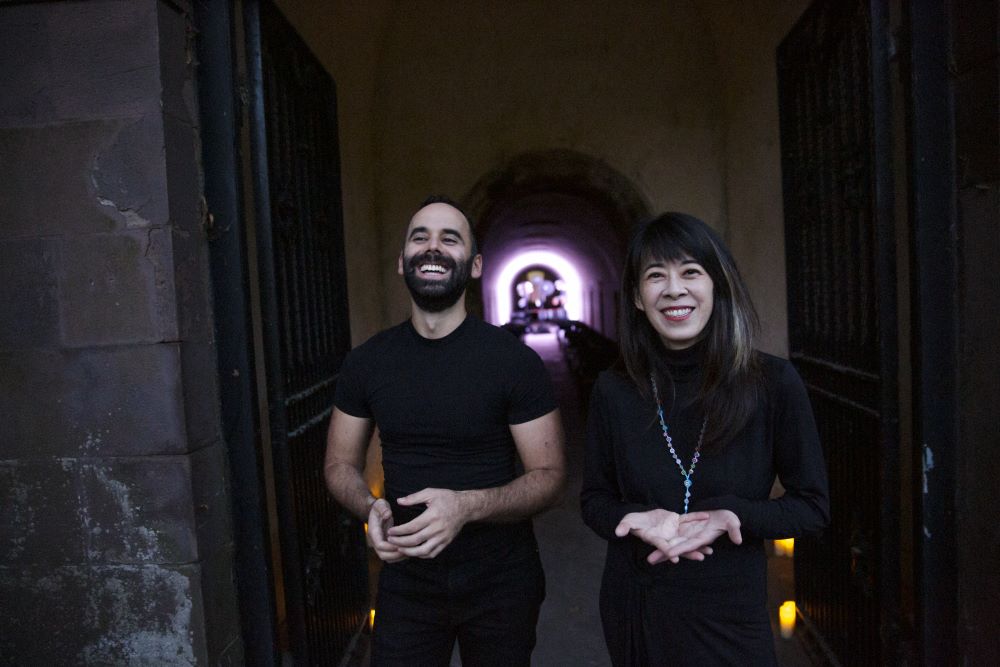 A recipient of the Lincoln Center Award for Emerging Artists, "remarkable and insightful musician" (LA Times), and "relentlessly adventurous pianist" (Washington Post) "joyfully rocking out at his keyboard" (New York Times), Adam Tendler is an internationally recognized interpreter of living, modern and classical composers. A pioneer of DIY culture in concert music, at age 23 Tendler performed solo recitals in all fifty United States as part of a grassroots tour he called America 88x50, which became the subject of his memoir, 88x50, a Kirkus Indie Book of the Month and Lambda Literary Award nominee. He maintains a career as a concert soloist, recording artist, speaker and educator.

Tendler released an album of piano works by Robert Palmer on New World Records in 2019. He has also recorded performances and masterclasses for the digital music platform, Tido, collaborated with Edition Peters on a new edition of John Cage's In a Landscape, and released the premiere recording of Edward T. Cone’s 21 Little Preludes. An active presence in all contemporary concert music genres, Tendler has also performed the complete major piano works of Aaron Copland, and collaborates with the John Cage Trust and Edition Peters in presenting Cage’s work internationally. He released his second book, tidepools, in 2018.

A graduate of Indiana University, Tendler lives in New York City and, in addition to guest lectures at the New School and Manhattan School of Music, serves on the piano faculty of Third Street Music School Settlement, the country’s first community music school.