Steinway & Sons presents the first album in a series of compilations that highlight piano music from the Steinway catalog. 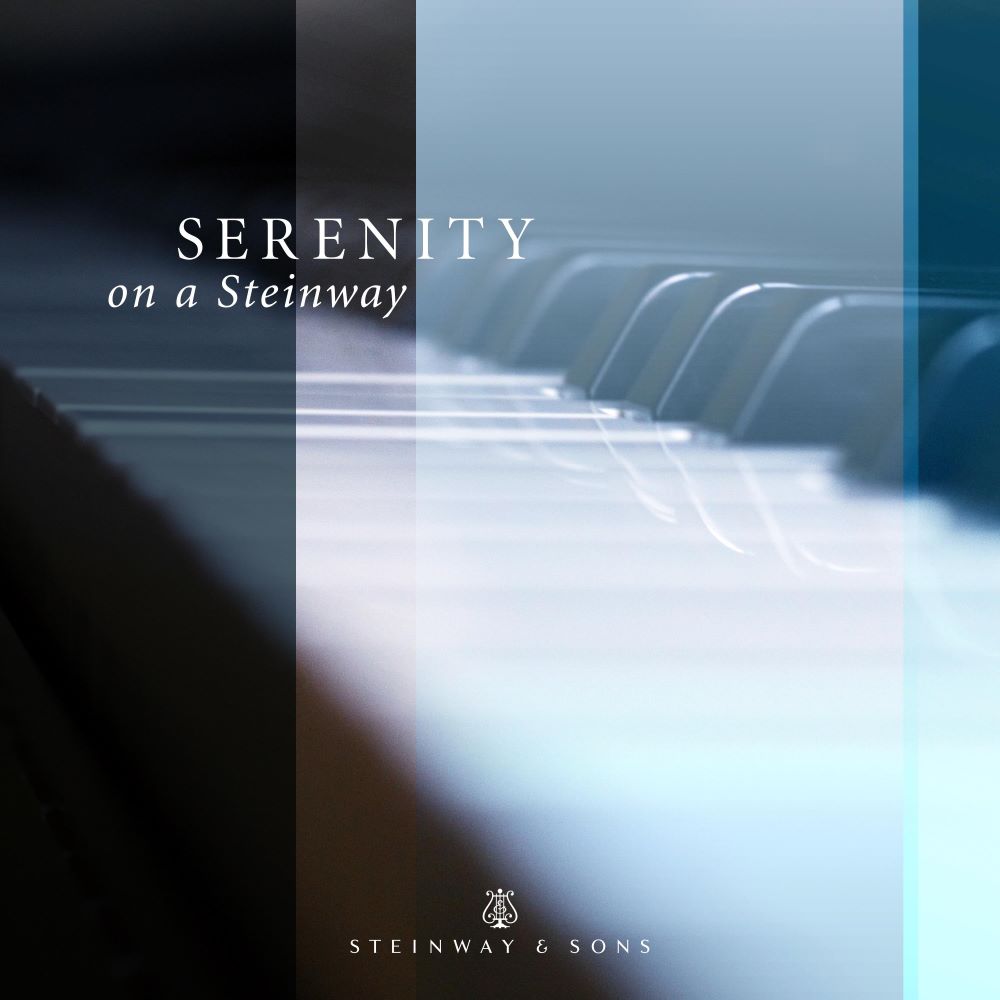 Serenity on a Steinway is a meditative listening experience filled with selections of serene beauty to soothe the spirit.

Gábor Farkas's uplifting performances have enchanted audiences throughout Europe and the world. He holds an MA and DLA degree in piano performance and teaching from Liszt Ferenc Academy of Music, Budapest. In January 2011, Farkas was the soloist in the Official Opening Concert of the Liszt Year 2011, Zoltán Kocsis conducted the National Philharmonic Orchestra at the Palace of Arts, Budapest and he was also the soloist of the Closing Concert of the Chopin Year, in 2010 with the Sinfonia Varsovia. Farkas has worked with such internationally known conductors as Zoltán Kocsis, Ádám Fischer , Tamás Vásáry, Olli Mustonen, Philippe Bender and George Tchitchinadze.

Moira Lo Bianco’s approach to music combines classical piano with improvisation. Her study of classical piano inspired a passion for J.S. Bach and Béla Bartók, who have both greatly influenced her, and she completed her Bachelor of Arts with an ethnomusicology thesis on Calabrian folk music and its traditions. Lo Bianco has performed in prominent venues and festivals across the United States and Italy, and collaborated with many noteworthy musicians including oud and violin virtuoso Simon Shaheen, Global Jazz Institute director Marco Pignataro, and clarinetist Kinan Azmeh of the Silk Road Ensemble. She was nominated for Jazz Artist of the Year at the 2013 Boston Music Awards.

Vanessa Perez is a product of the same energized musical culture in Venezuela that produced such international stars as conductor Gustavo Dudamel and pianist Gabriela Montero. Praised for a bold, passionate performing style allied to musicianship of keen sensitivity, Perez has been championed by iconic performers. Perez has developed an international profile, playing prestigious venues across the Americas and Europe. She has performed not only with fellow Venezuelans Dudamel and Montero, but also with such top musicians as pianist Ingrid Fliter, cellist Jan Vogler, violinist Colin Jacobsen and conductors such as John Axelrod, Enrique Batiz, Gustav Meier, James Judd, David Gimenez Carreras, and Diego Matheuz.

Andrew Rangell is recognized as among the most eloquent and insightful interpreters of the major keyboard works of Bach and Beethoven. He is also acclaimed for a wide variety of recordings, which range from the music of Sweelinck, Farnaby, and Gibbons to Nielsen, Ives, Enescu, Bartók. In the 1980s Rangell gained national attention – and the award of an Avery Fisher Career Grant – for his vivid traversals of the complete Beethoven sonata-cycle in New York, Boston, Cleveland, Rochester, Denver, and other U.S. Cities. In recent years he has created several DVDs for children — integrating his special talents as author, illustrator, narrator, and pianist.

Sergey Schepkin is known as one of the world’s foremost interpreters of keyboard works by Johann Sebastian Bach. Schepkin made his Carnegie Hall début in 1993 at Weill Recital Hall, and has performed to great acclaim for the Great Performers Series at Lincoln Center, Celebrity Series of Boston, at New York’s Metropolitan Museum of Art, the Kennedy Center for the Performing Arts in Washington, DC, the Maestro Chamber Series in Los Angeles, the Philharmonic halls in St. Petersburg, Russia, and the Sumida Triphony Hall in Tokyo, among many other places. Schepkin is a recipient of numerous awards and grants, and a prizewinner in several international competitions.