Pablo Ziegler releases an album of brand new arrangements of his nuevo tango pieces, as well as some new compositions and works by Astor Piazzolla, Alejandro Dolina, and Juan Carlos Cobián 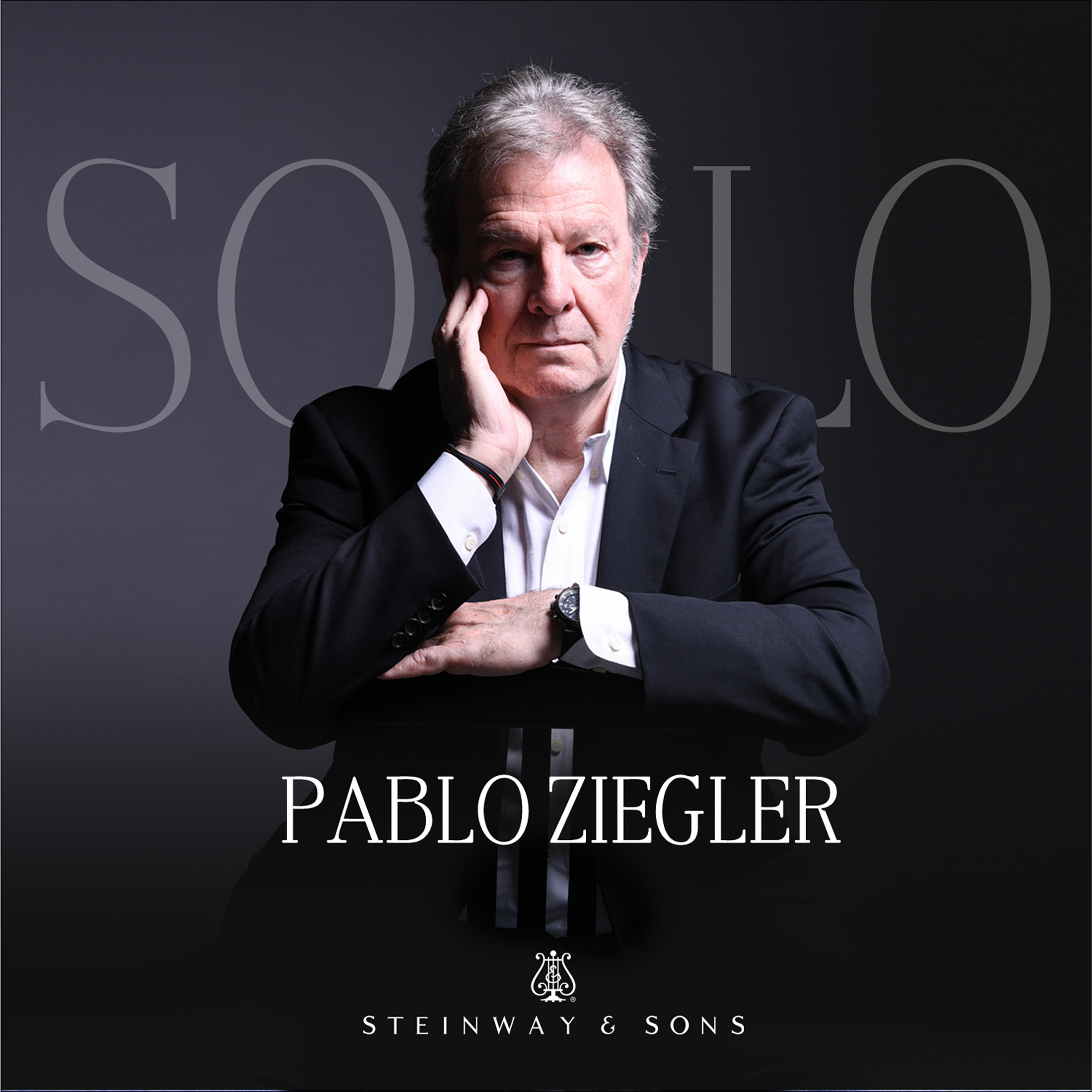 While Ziegler is accustomed to playing his music with orchestra or small ensemble, this new solo program is a natural extension of his love and affinity for his instrument. He remarks, “The piano is a way to have a conversation for me; I express my feelings through piano rather than words. I always hear music in my mind, and the piano has been always accompanied my journey.” Compositions recorded for the first time on Pablo Ziegler Solo include “Alguien sin Nombre,” a dream of an encounter with an unknown true love; and “Nana para un Niño Dormido,” inspired by Georg Büchner’s play Woyzeck.

In choosing works by other composers for the project, Ziegler hoped to emphasize the varying sides of his identity, from classical to jazz to nuevo tango. Two works by Piazzolla – “Oblivion” and “Milonga del Ángel” – represent the time in Ziegler’s life when he and Piazzolla were performing together. Ziegler met Alejandro Dolina in the 1980s, and arranged and re-harmonized his piece “El Vals del Duende,” the album’s penultimate track. Juan Carlos Cobián graduated from the same conservatory as Ziegler and is considered the Chopin of Tango music; his “Nostalgias” closes the album.“

Releasing this solo piano album is a new chapter of my life as a musician,” says Ziegler. “There is always a first time for everything. This album happened to be one of them.”

“He is cool, understated and makes everything look easy and natural...Just as a really suave tango dancer seems not to move with feet but on wheels, Ziegler skates the keyboard.”

“A stellar, sitting down piano recital in which he recrafts a bunch of his own classics, and of course Piazzolla's, this is as good as it gets and should be heard by all no matter how they feel about tango, instrumental and other musical types that might not be on their normal radar.”

In 2016, for the Steinway & Sons label, Ziegler teamed up with pianist Christopher O’Riley for Tango Nuevo, a love letter to the traditions and culture of Argentina, particularly to the city of Buenos Aires.