The 5 Browns realize a lifelong collective dream with the release of their album, The Rite of Spring, recorded live at the Helen Filene Ladd Concert Hall, Arthur Zankel Music Center at Skidmore College. 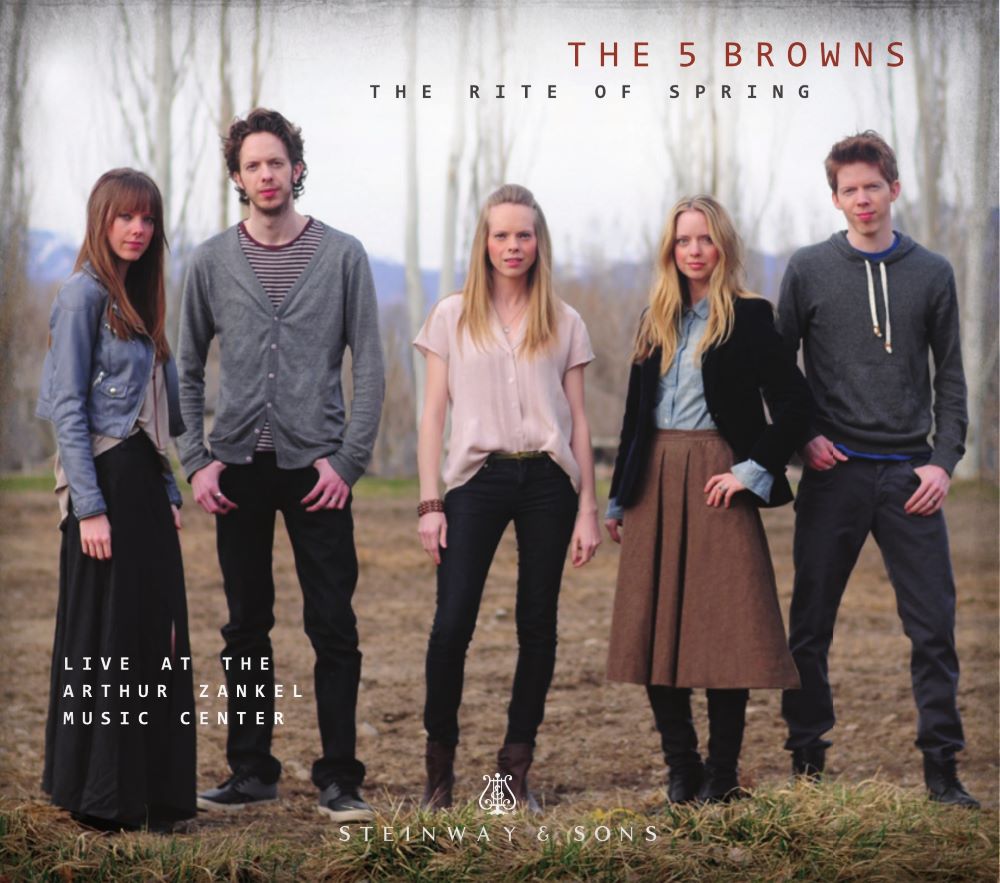 The group of five pianist-siblings also perform exciting selections from The Planets by Gustav Holst and Greg Anderson's imaginative and sparkling paraphrase of Danse Macabre by Camille Saint-Saëns.

The Rite of Spring captures The 5 Browns’ electric performance of Stravinsky’s legendary composition on May 29, 2013—exactly one hundred years from the day of its riotous debut in Paris. Produced by Grammy-winner Adam Abeshouse, the performance was recorded live at the Helen Filene Ladd Concert Hall, Arthur Zankel Music Center at Skidmore College in a show presented by SaratogaArtsFest. In addition to the Stravinsky piece, the album also features five-piano arrangements of three movements from Gustav Holst’s The Planets and Danse Macabre, a tone poem by Camille Saint-Saëns.

“Both daring and fun, the 5 Browns are a rare combination and a thrilling piano quintet.”

“The 5 Browns' development as a musical ensemble has been an exciting journey, one enhanced by their charm and intelligence as well as their willingness to create ever-higher targets for themselves.”